The Atlantic introduced a suite of subscriber-only newsletters to attract new subscribers, retain journalists, and improve the value of an Atlantic subscription. 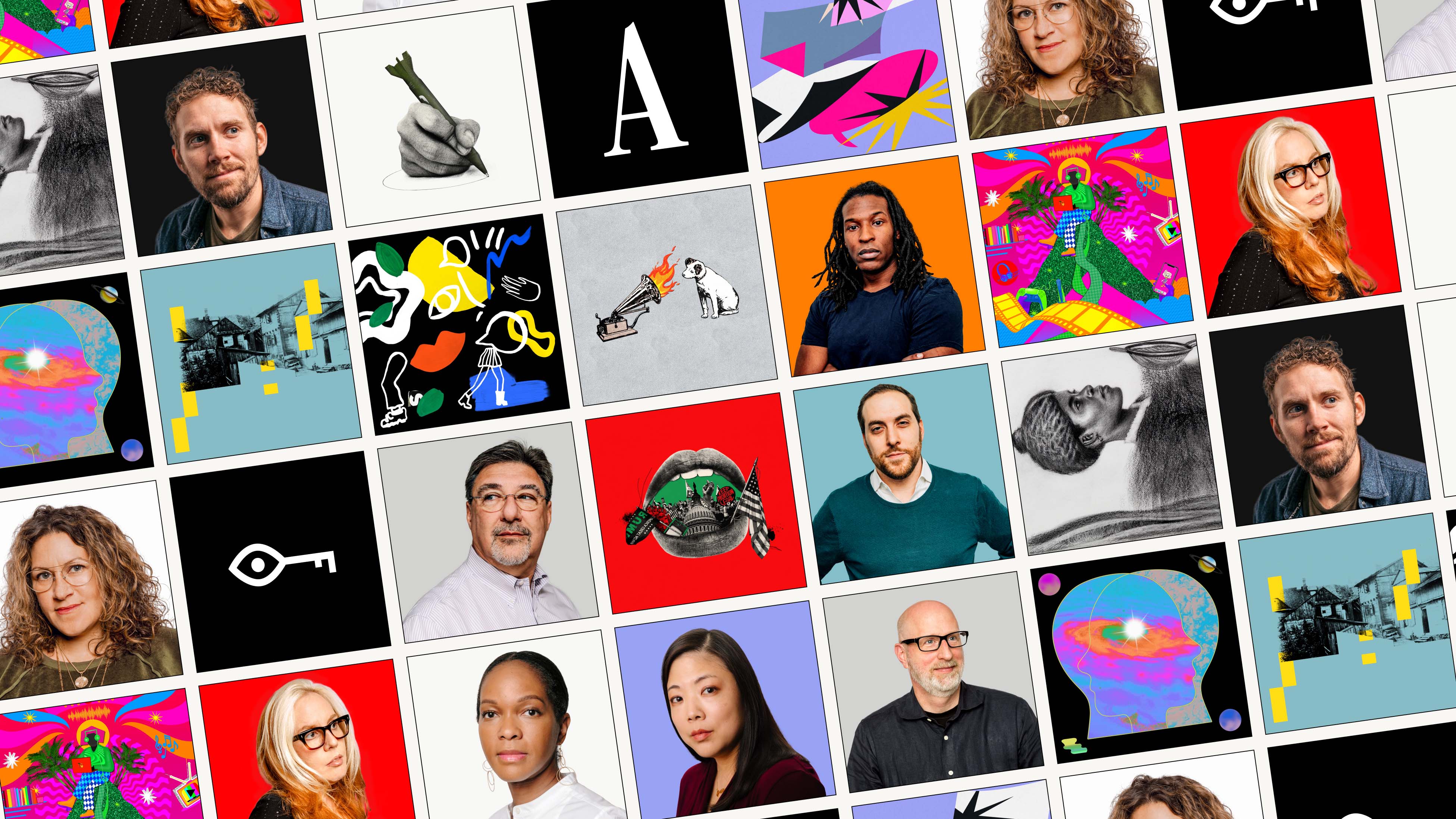 Illustrations by The Atlantic.

With the rise of Substack and other newsletter platforms, many journalists are leaving established publishers to write independently. At the same time, many publishers are shifting content (including newsletters) behind paywalls in order to support subscription-based business models. The Atlantic decided to launch a suite of newsletters just for paying subscribers, bringing new writers to The Atlantic while still allowing them independence.

We conceptualized subscriber newsletters as part of The Atlantic brand, but bolder and less refined, since the offering is semi-independent from The Atlantic’s editorial team. I incorporated our existing typography system (a major part of The Atlantic brand), while differentiating subscriber newsletters with a unique header system and background color. The modular header system allows writers a space to customize their individual publications within the suite – which is especially important to the several writers who moved an existing newsletter under The Atlantic’s brand. 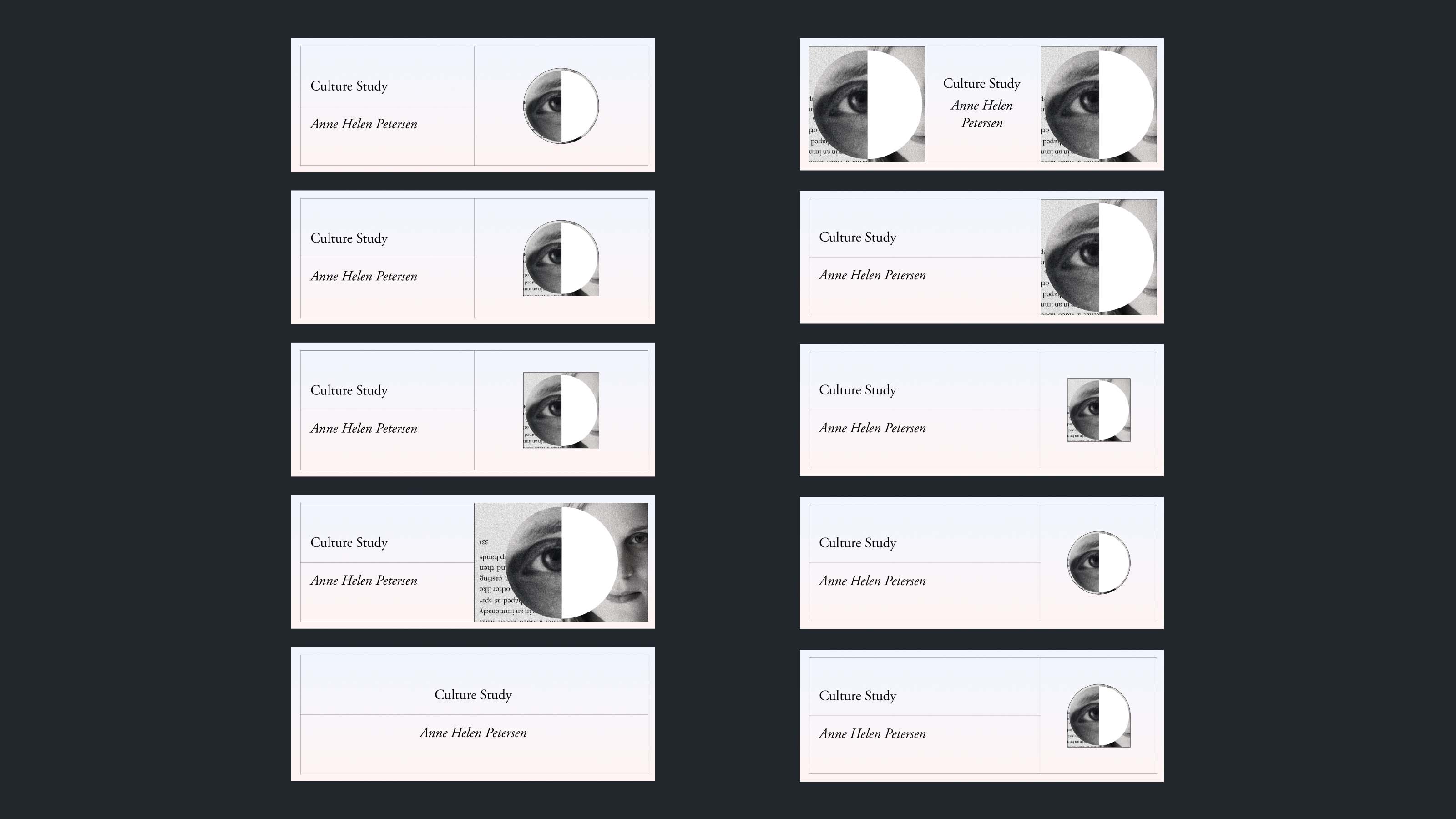 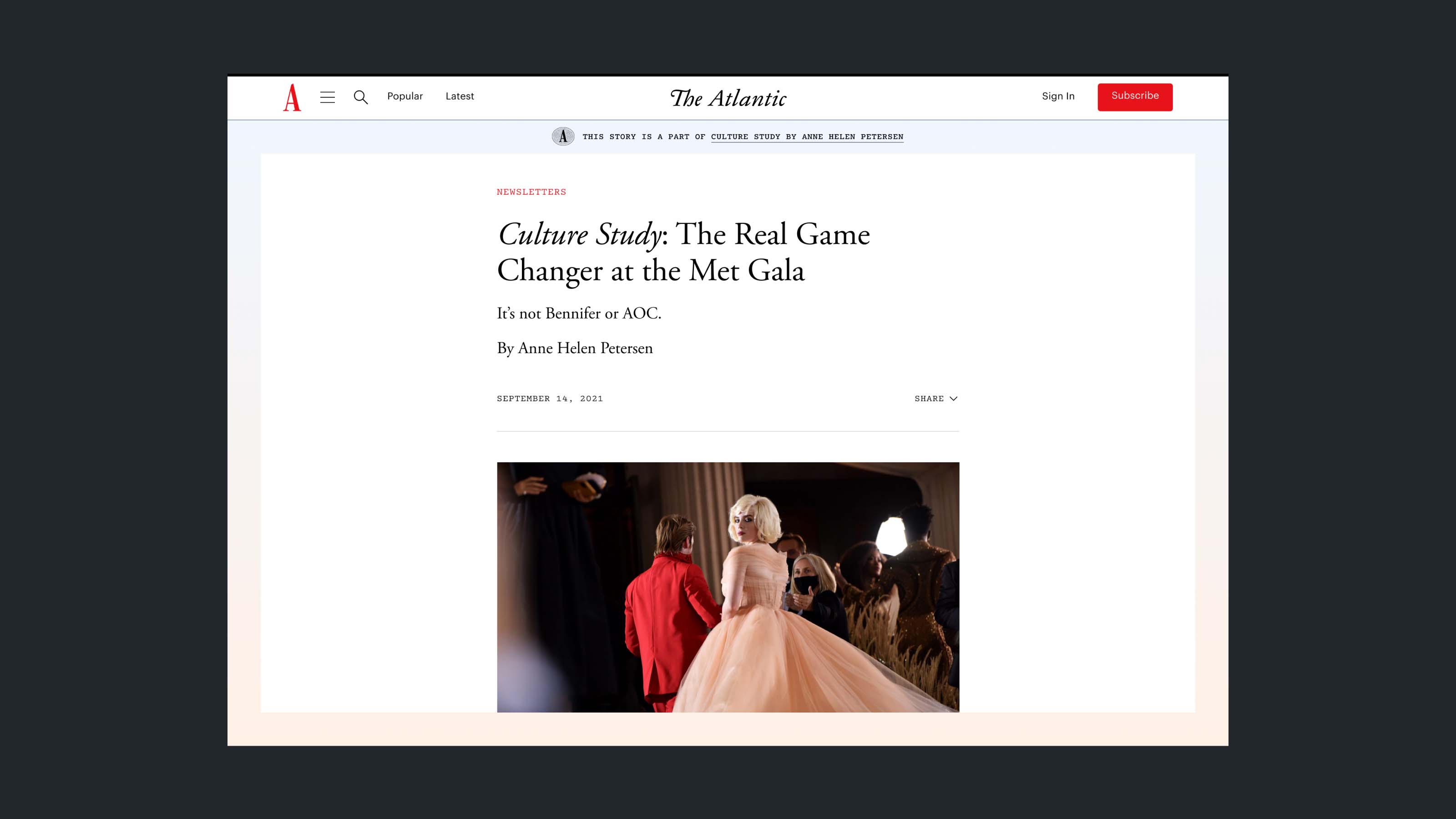 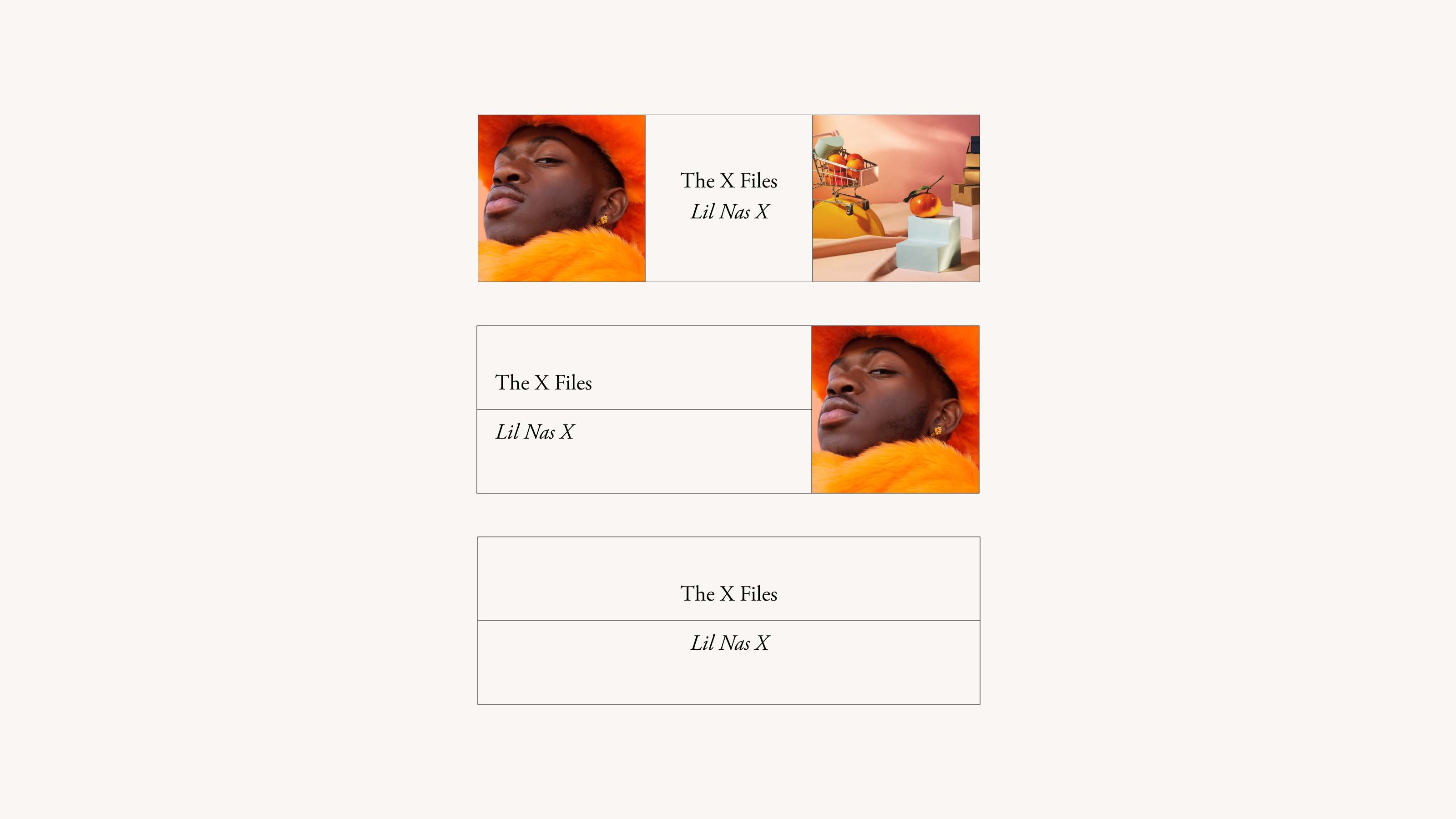 The final header system has three options for writers to accommodate: two images, one image, or no images. 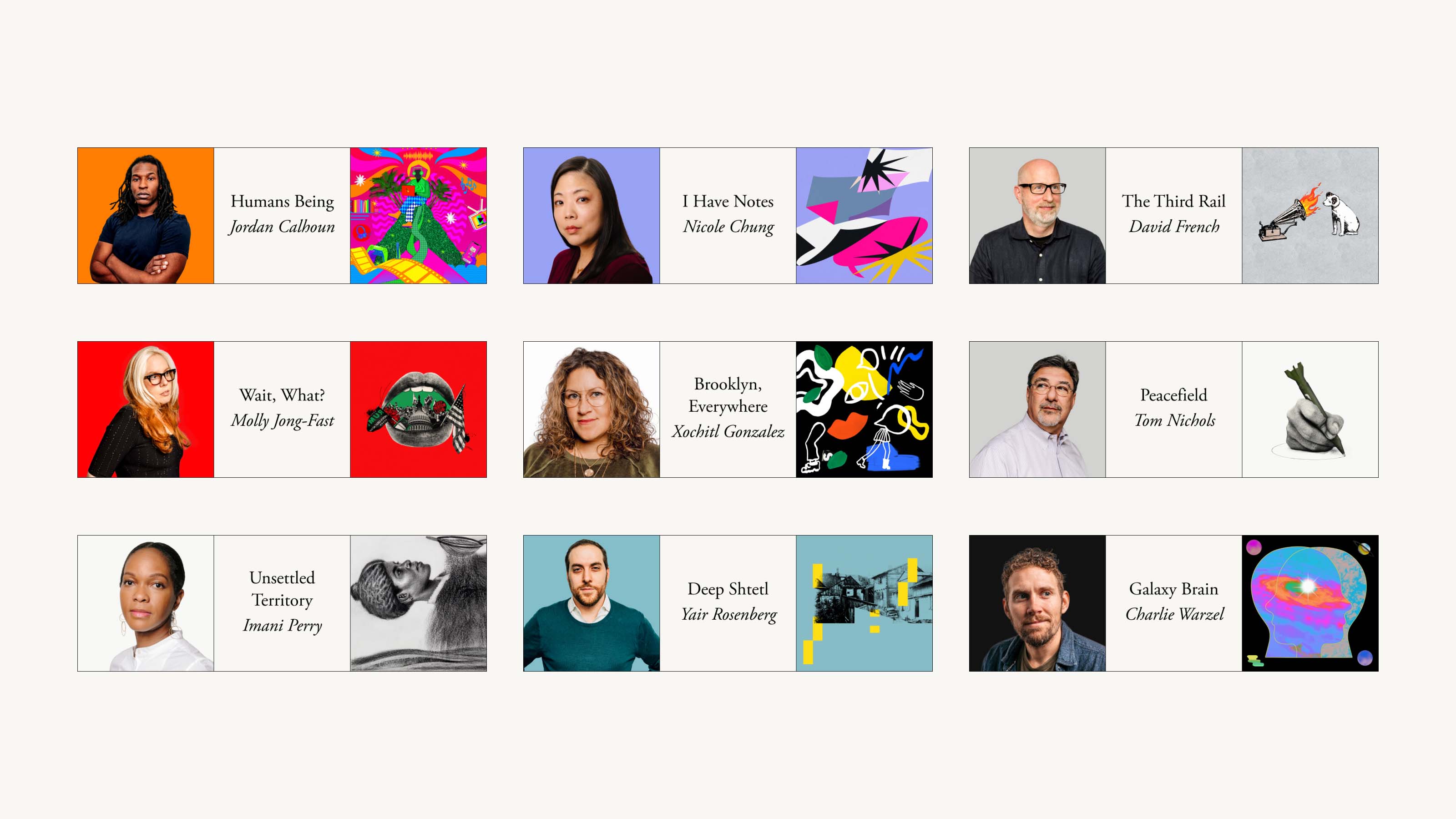 Obviously, this is a complicated model to convey to readers – especially readers new to The Atlantic. I focused on simplifying the newsletter sign up flow, balancing usability with our marketing team’s desire to “upsell” Atlantic subscriptions throughout. I also advocated for user testing before launch, which helped us to refine our messaging – a major factor in the user experience of this product. 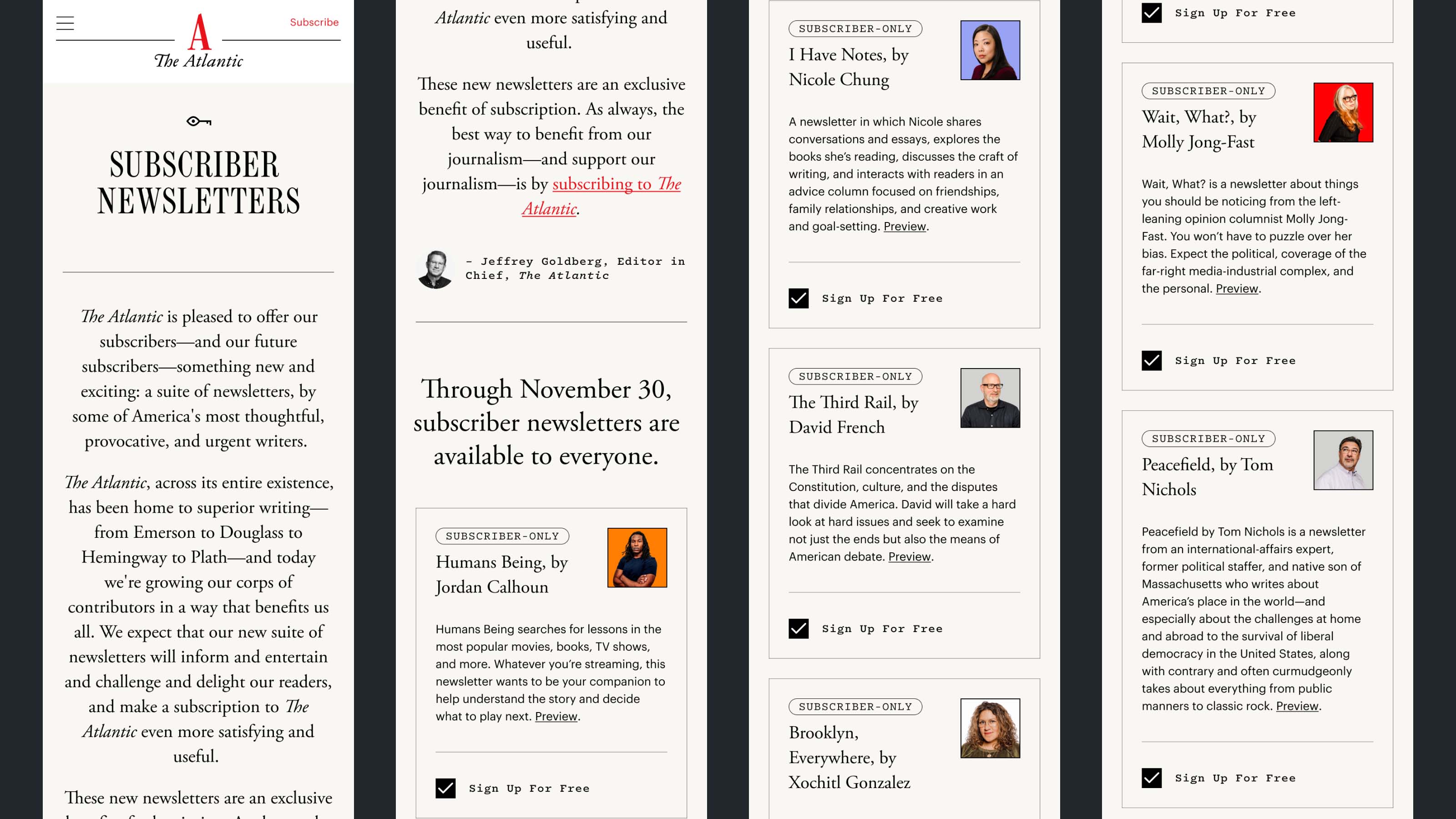 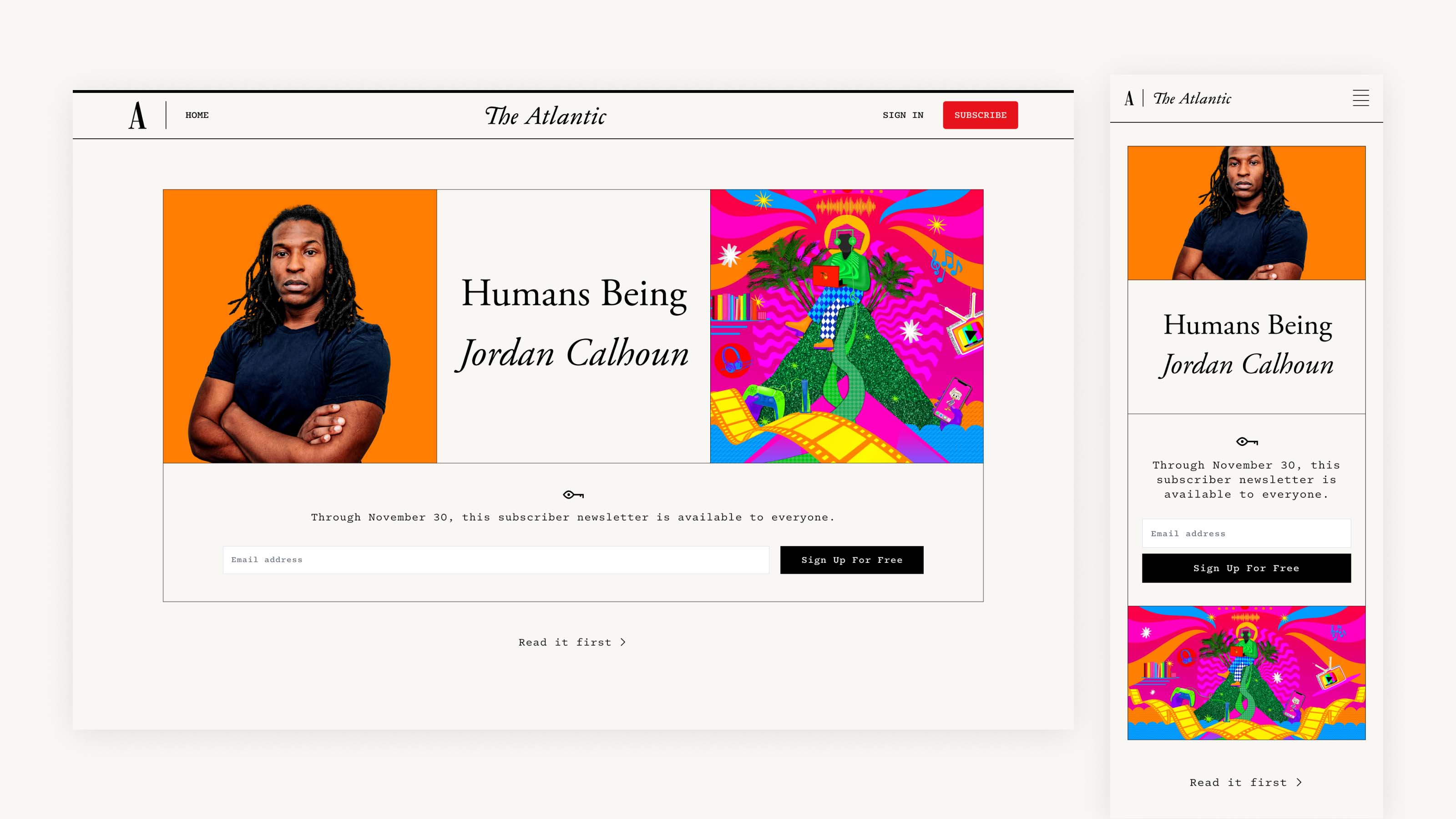 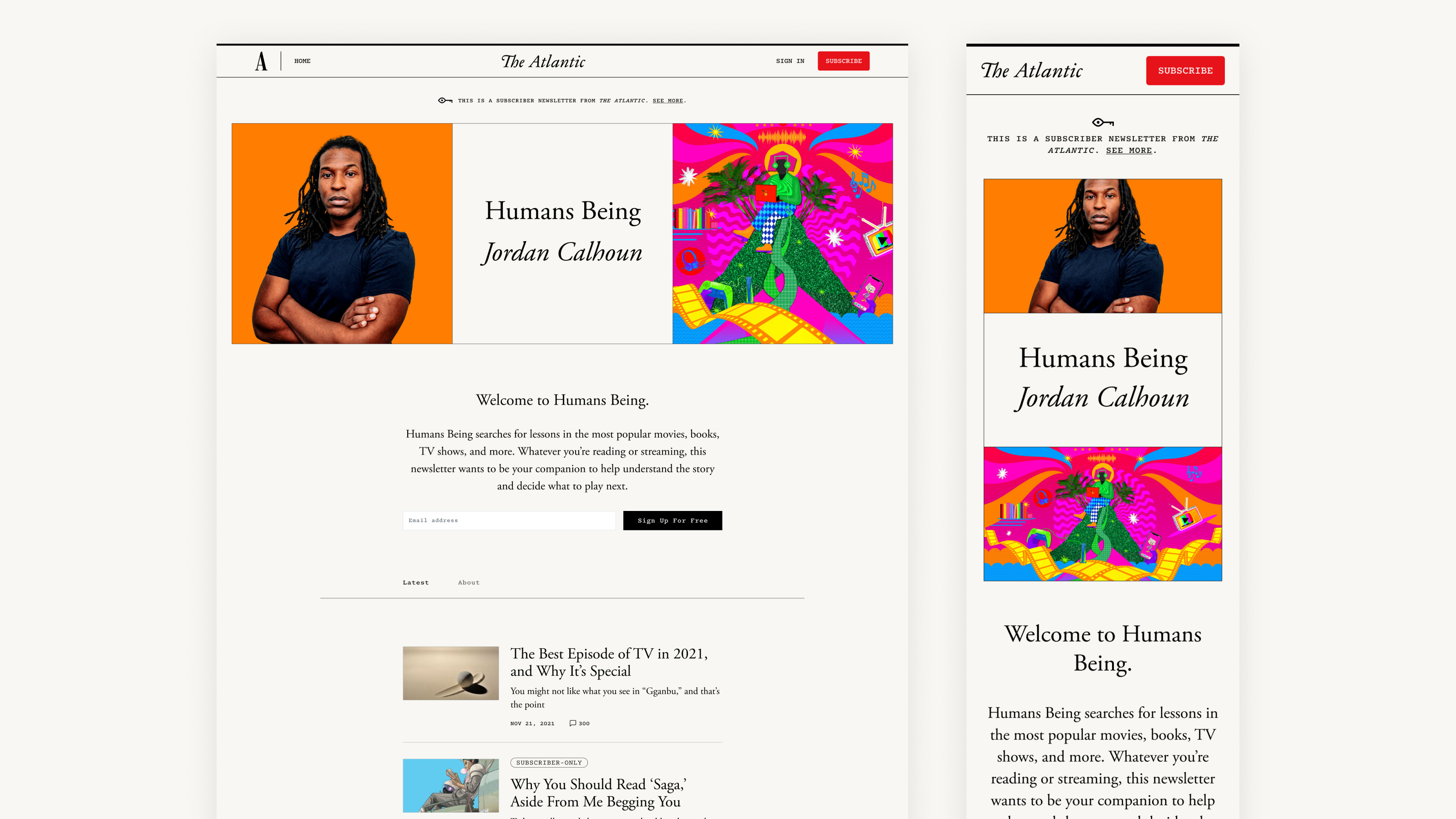 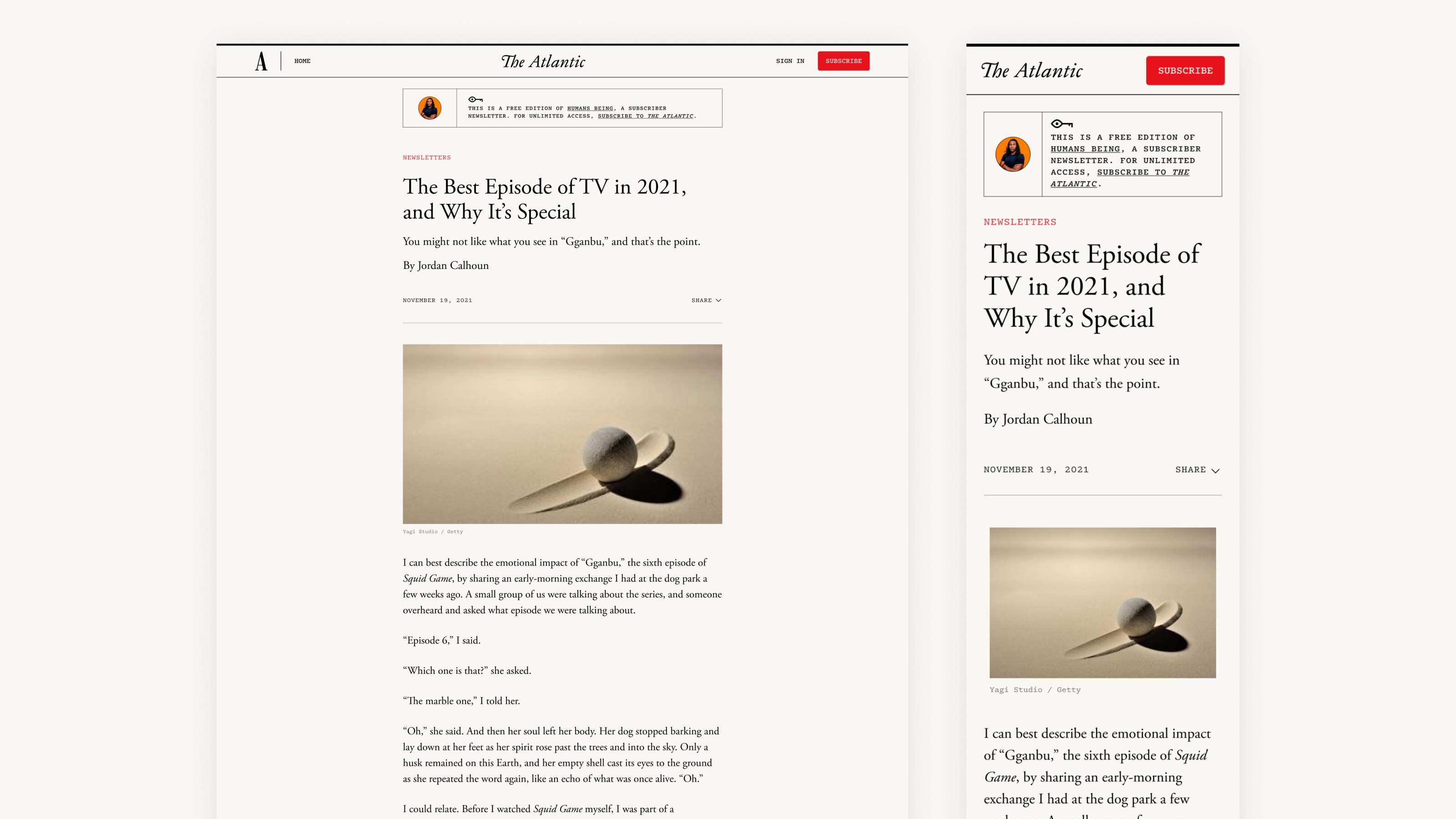 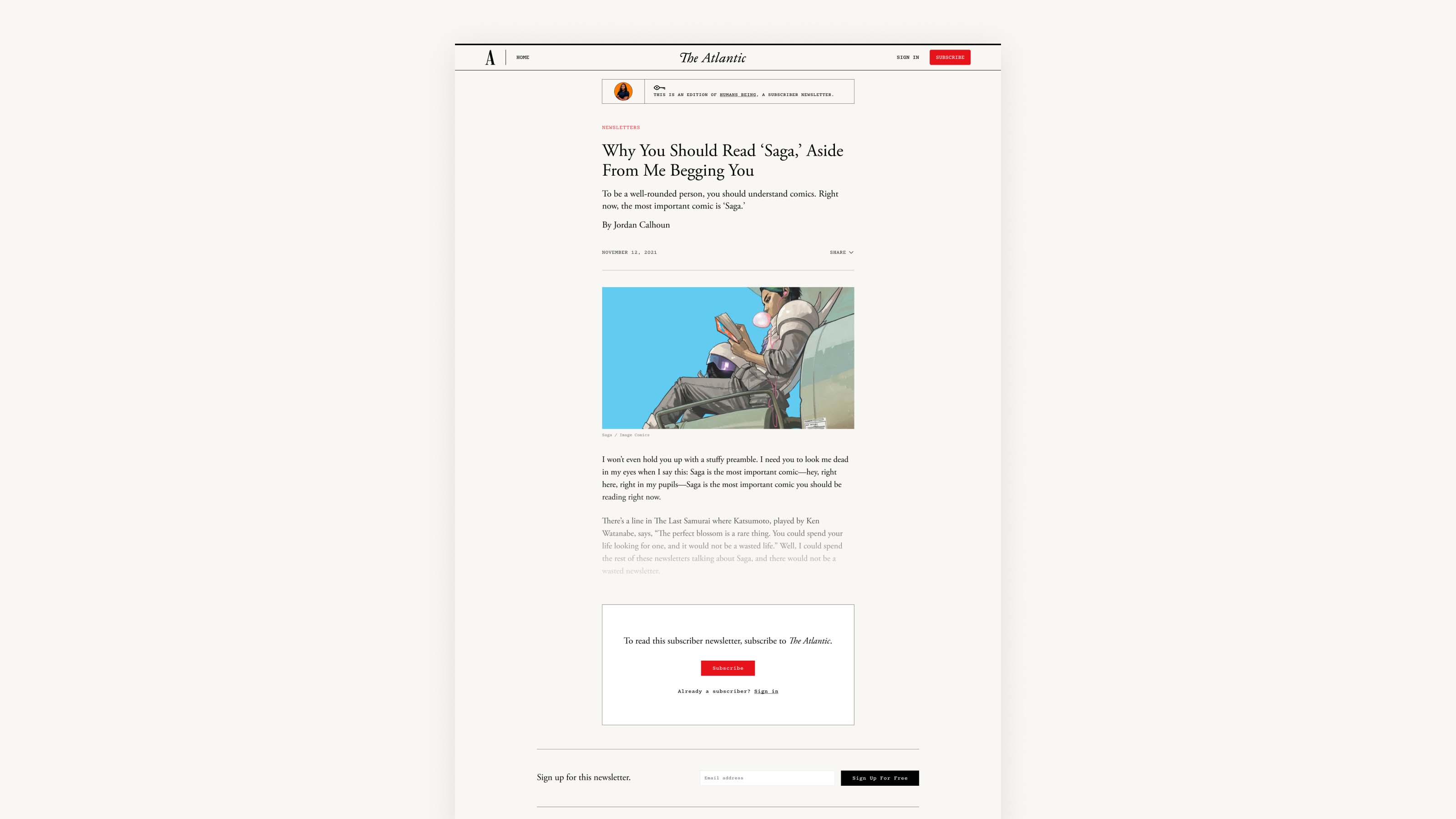 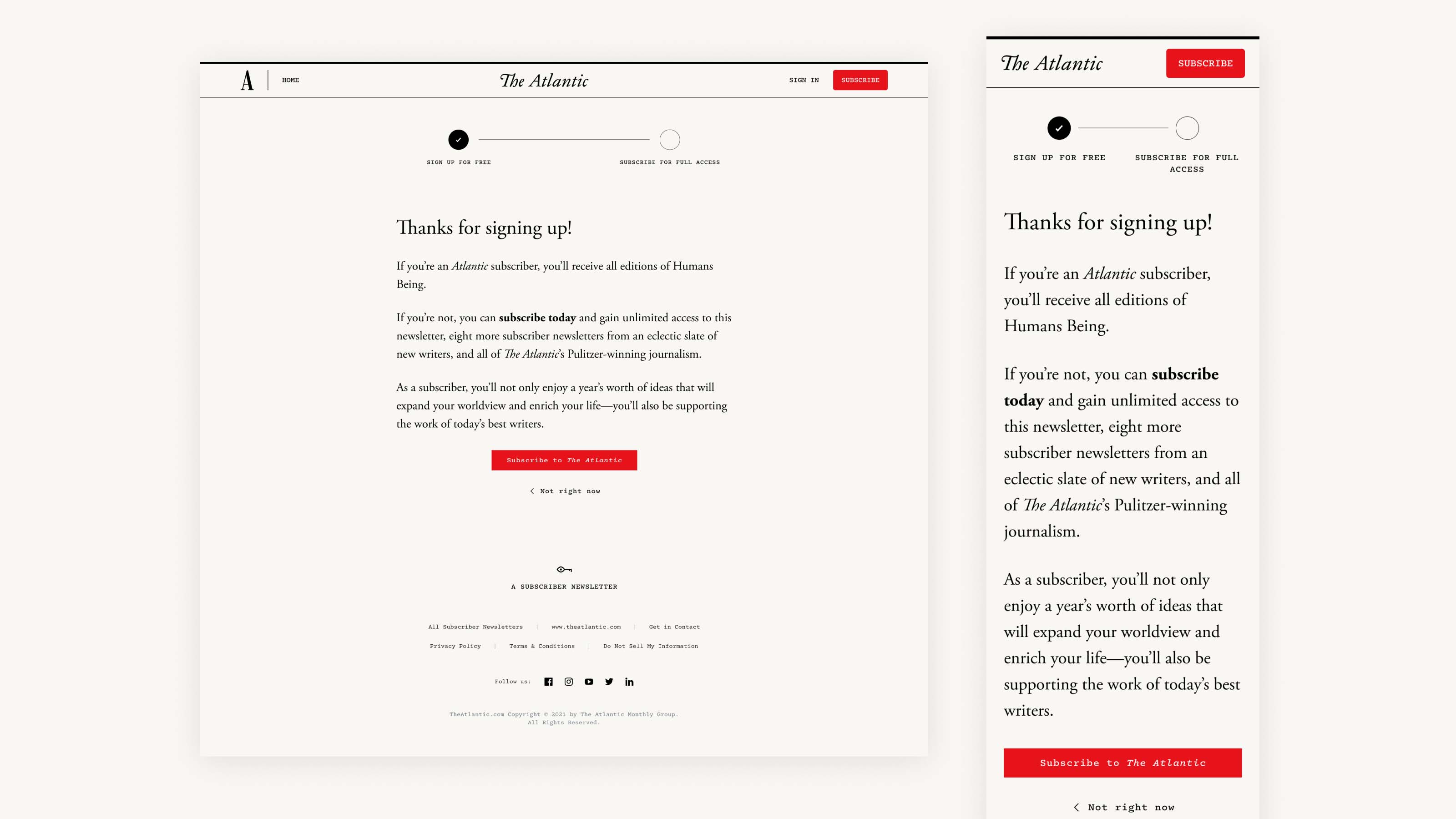 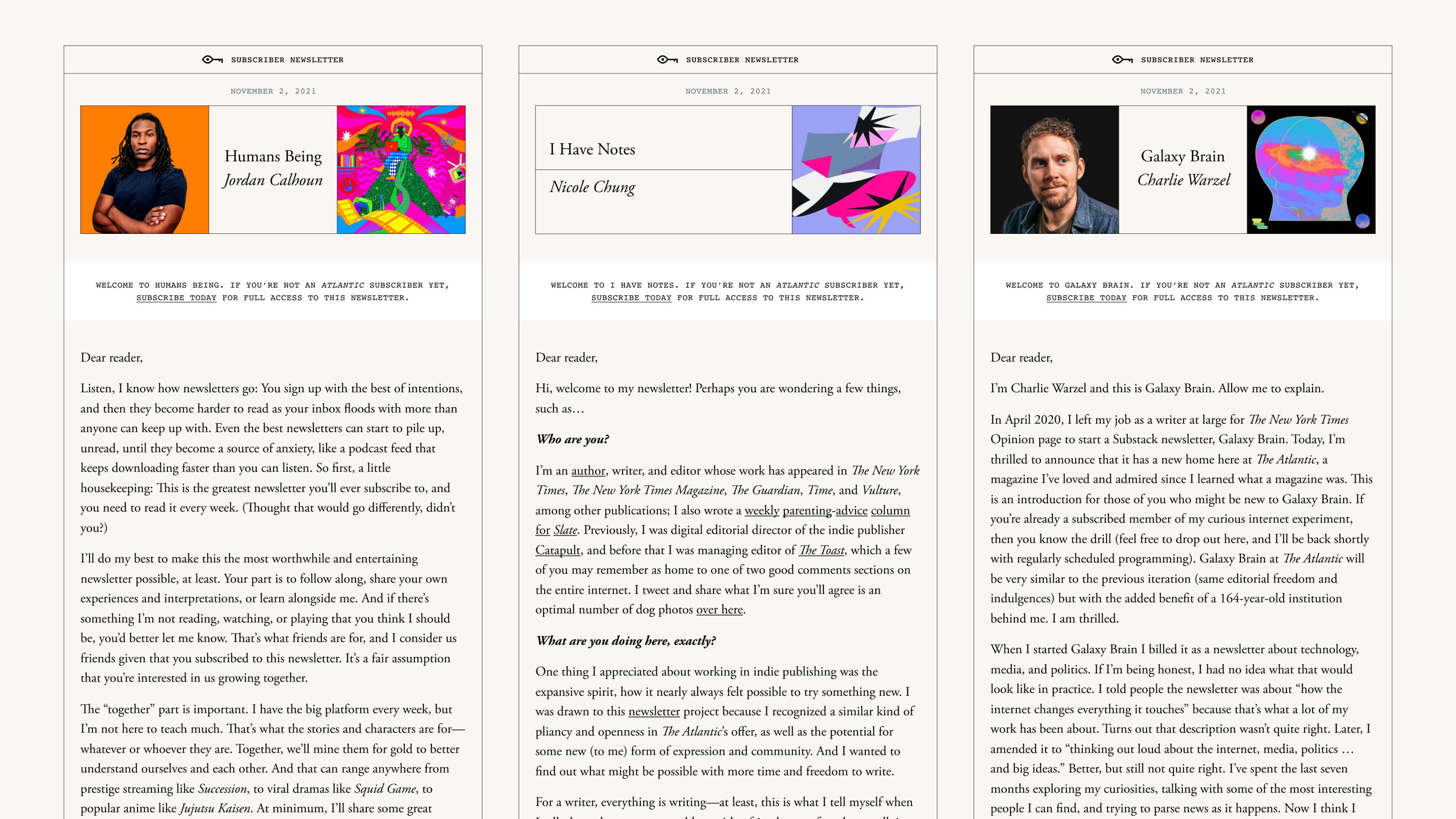 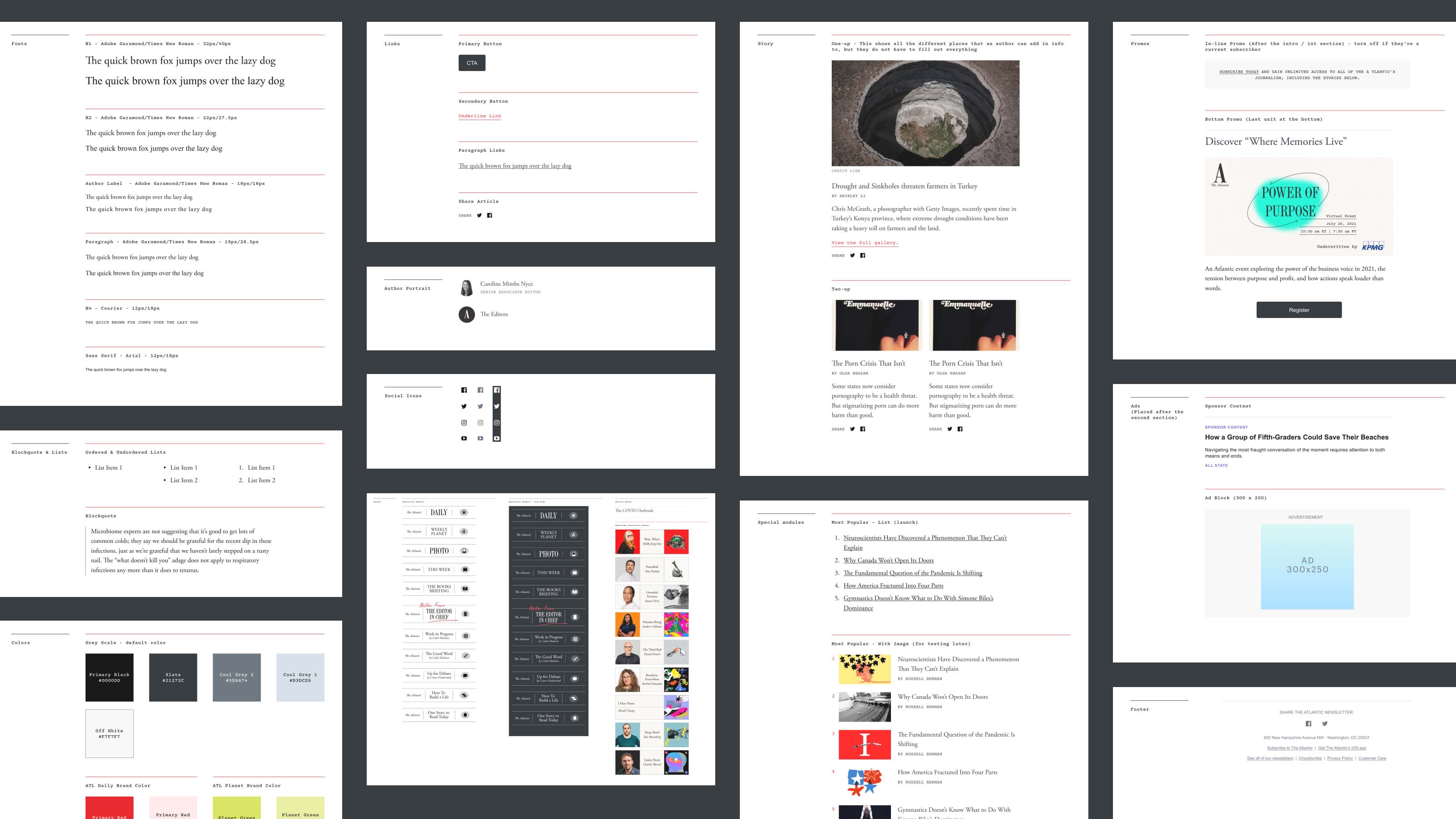 Newsletters design system: The design system reduced the engineering time to launch a new staff newsletter to one week. (Credit: In collaboration with Thanh Do.) 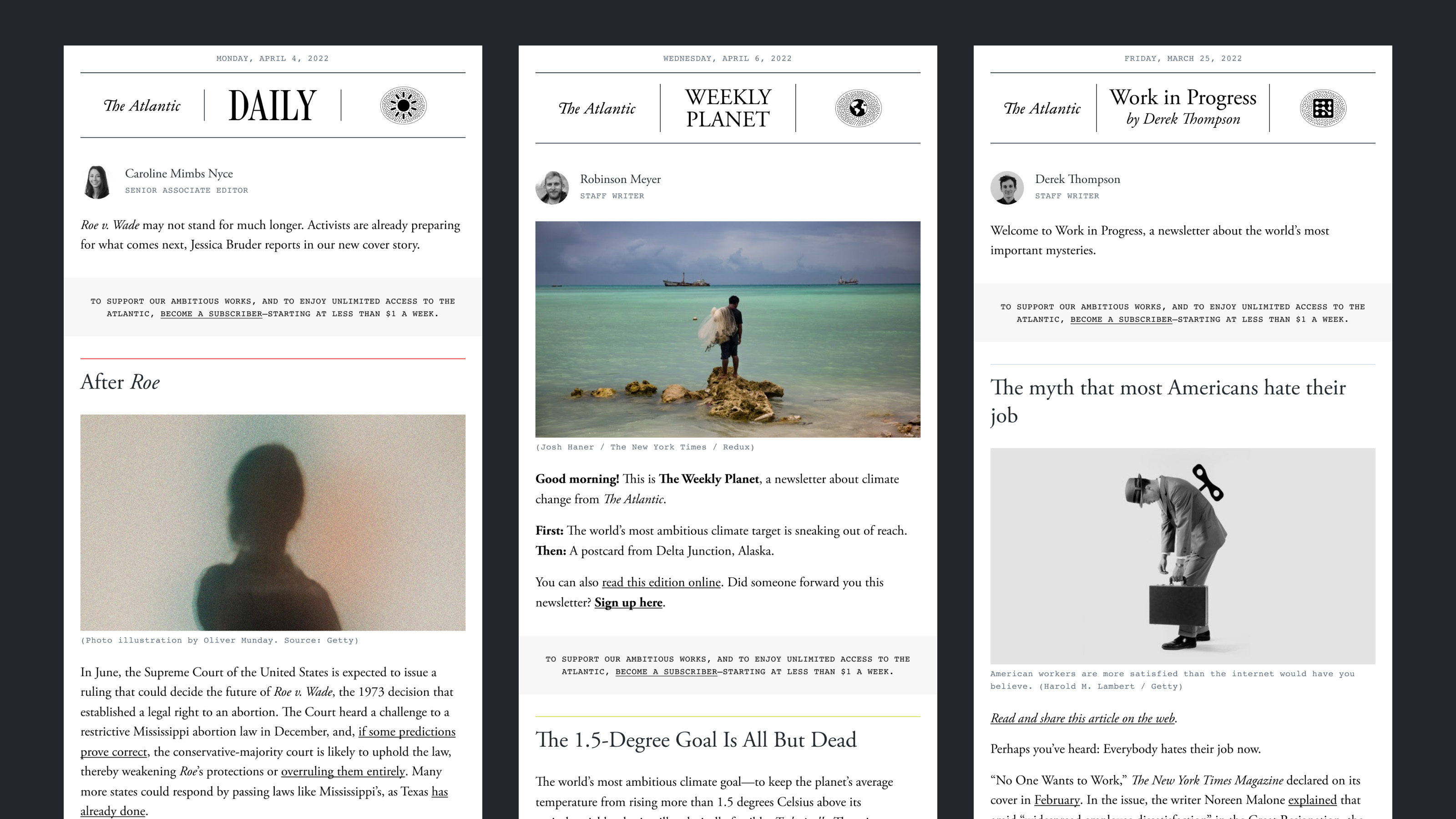 Staff newsletters using our newsletter design system. (Credit: In collaboration with Thanh Do.) 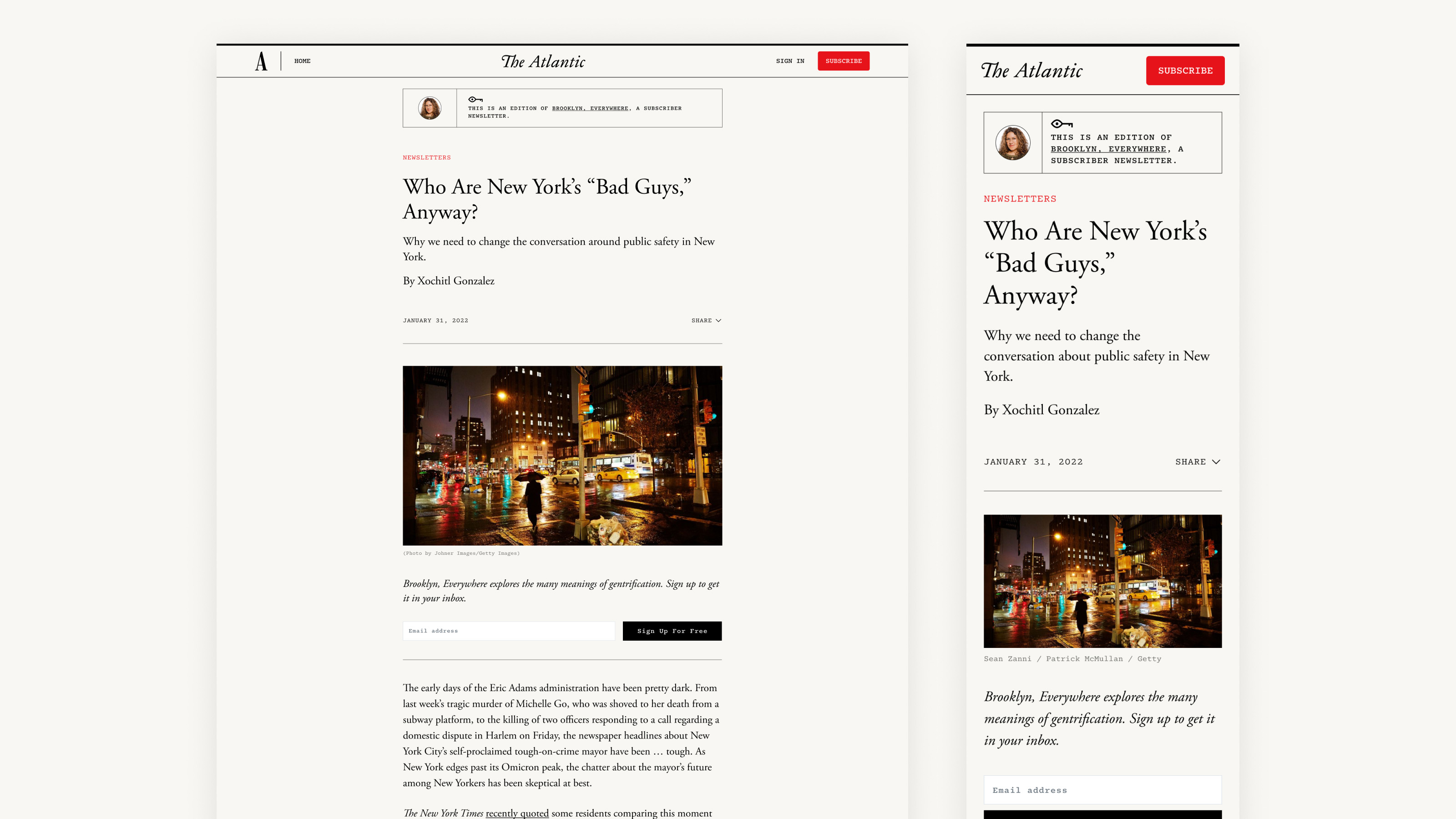 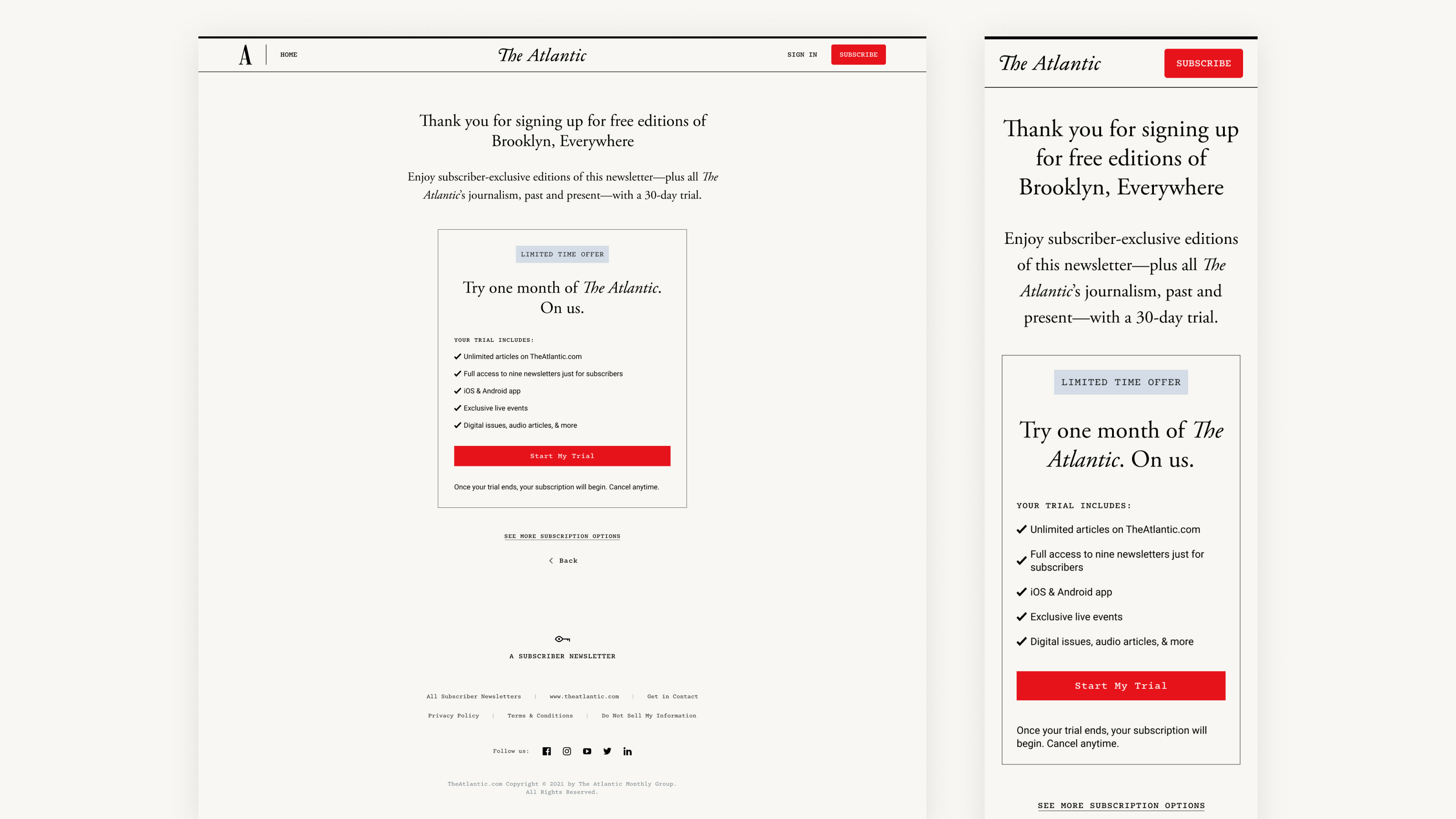 Post-launch: We focused on upselling a trial subscription when a reader signs up for a subscriber newsletter. 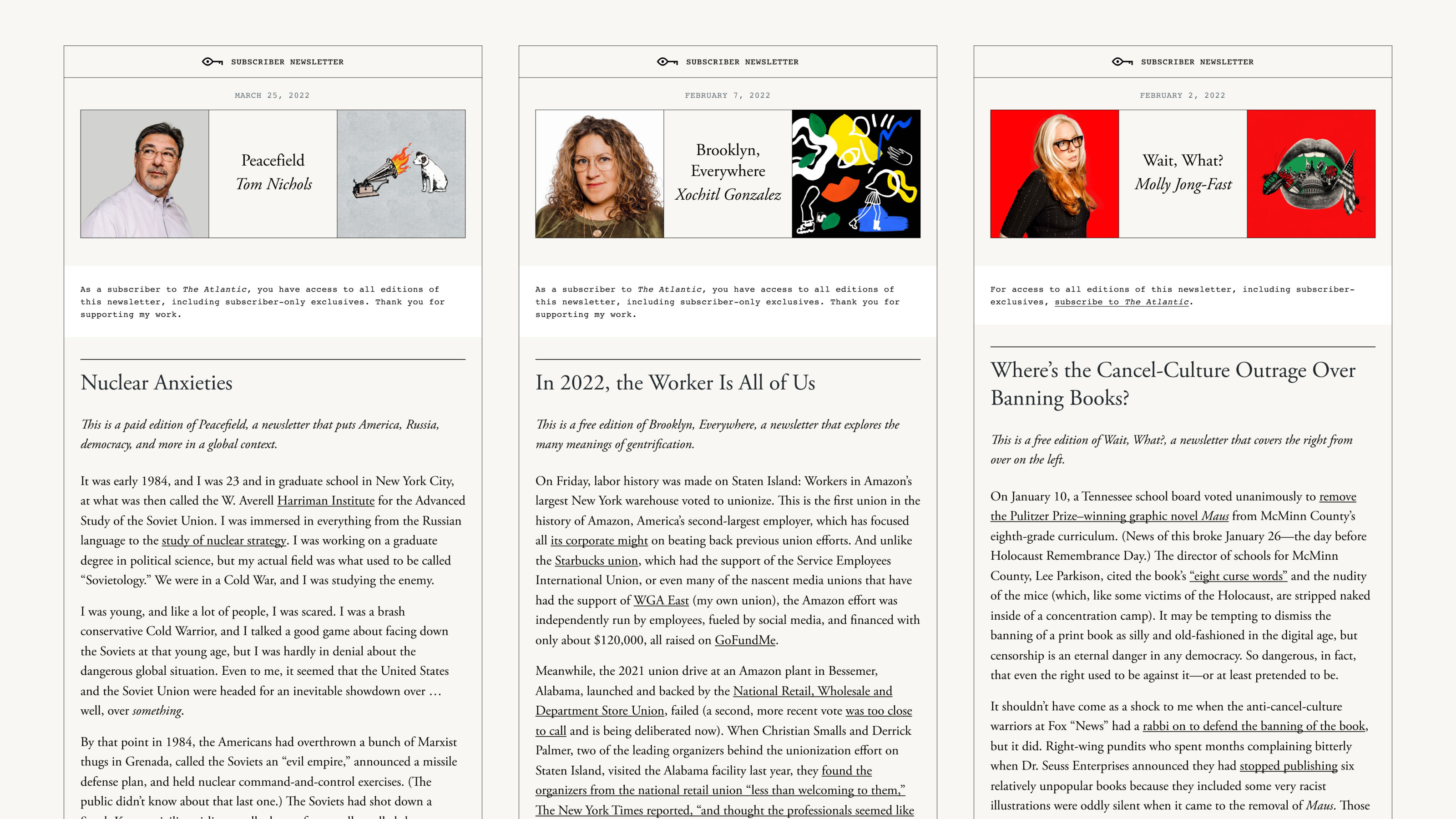 Post-launch: We differentiated messaging to subscribers vs. non-subscribers. 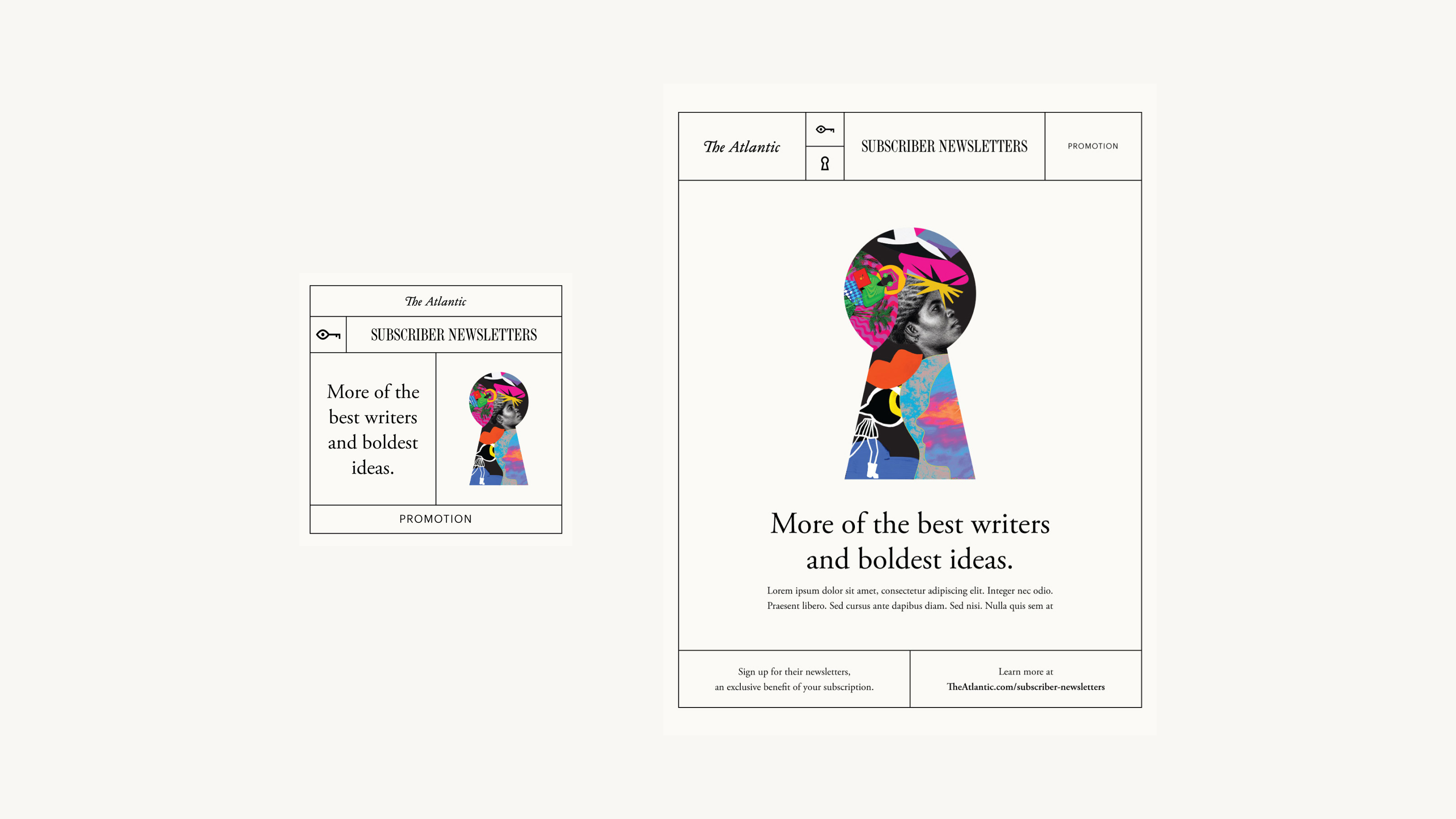 Designed and developed by Victoria Sgarro, 2022.